From the Books category in my menu…

Barely read a thing. Listened to ALL the things.

This may be the shortest edition on read books ever. I finished two. A measly two. Another Daniel Silva after saying I was taking a break from him, but it turned out to be my favorite so far. The Confessor. Reading it happened to be coincidentally timed with the recent Vatican revelations. Except in the book’s plot, they’re hiding how complicit they were with the Nazis in Jewish genocide. 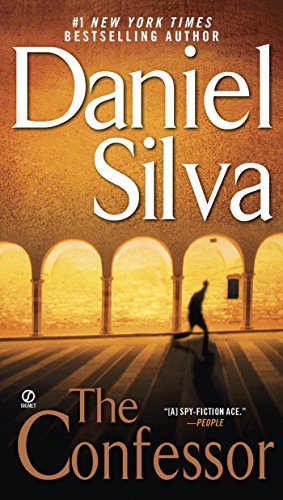 I tried reading Artemis, the second sci-fi by the very talented author of The Martian. I just couldn’t get into it. The plot sounded good; maybe it will appeal to some of you. However, it did confirm for me how I’m actually not that interested in science fiction. Most of the genre lacks any historical context; it ask us to suspend all preconception and jump in blind. As any reader of mine knows though, I love the fantastical and surreal and parallel reality e.g. Haruki Murakami

I am actually tearing through (and doing the homework!) You Are a Badass at Making Money. It’s a very adulting and responsible time of my life ? Her writing is conversational and she has a lot of whimsy and spunk.

My usual evening relaxing-reading has been majorly superseded by a prolific line up of story, mystery, and exhumation of history via podcasts. Of course, podcasts! I’ve come to prefer audible in the evening to rest my weary eyes; and I’ve neither come across anything narrative to download lately, nor have I looked very hard.

The bulk are well produced by Parcast. Onto them:

Tales A bulk of these cover the more authentic often gruesome versions of fairy tales, old wives’ tales and parables out of Asia. Beauty and the Beast is an exceptional four-parter. So much more convoluted

Conspiracy Theories Now now don’t run off. “the podcasts where we dig into the complicated stories behind the world’s most controversial events in search for the truth…don’t get us wrong, sometimes the official version is the truth; and sometimes, it’s not.” The hosts stay very objective and share all debates around any one conspiracy, then rate the practicality and worthiness of them too. It’s superbly done. Genetically Modified Foods, Malaysia Airlines Flight 370, Freemasons, Marilyn Monroe, etc…

Female Criminals I’ve only listened to a couple. I don’t care for true crime. Feels too close.

The one program I did finally begin watching (after severe disregard for it) is Call the Midwife, put out by BBC One, served up via Netflix. I just adore all the characters and full circle plot lines. And I still have absolutely no desire to birth or raise a child.

I did not make it to a movie theater at all, though I kept telling myself “This weekend I will…”

Minus the report on cocktails and conversations, this has been my August in entertainment.